Skip to content
Home / News / Innovation gets its own reward

Innovation gets its own reward

Innovation gets its own reward

In the early 1960’s Dubai was a relatively sleepy little town with a population of 40,000. Today 2,502,715 people live in one of the liveliest economic environments on earth. It has been a story of remarkable growth that has been built not entirely on oil. Oil of course has been the major driver, but it is the magical ingredient of innovation that has made Dubai one of the hubs of the world.

The growth policy enjoys and recognises innovation and at this year’s Dubai’s Maritime Summit an award was instigated to mark a significant innovative contribution to the city, the country and the entire UAE region. The first winners were Maersk Training, the award marked their investment in the area through the establishment of a major new training centre. The placement of the centre in Dubai was itself a recognition that the area was a hub for its core industries of oil and gas and maritime.

After receiving the award from HH Sheikh Mansoor bin Mohammed bin Rashid Al Maktoum, the Ruler of Dubai’s son, Regional Managing Director Vijay Rangachari commented ‘we are grateful for the fantastic and continued support from Dubai Maritime City Authority ever since our inception and official launch in February of 2016.’

Before the presentation the guests watched a video which captured the journey of Dubai from the very quiet days of 1894 to where it stands today, a modern city studded by some of the world’s most progressive architecture.

Vijay added ‘The award given to us is a recognition of not just the investment we have made, but also the spirit of innovation that has driven us to build one of half-a-dozen such advanced simulation training facility anywhere in the world, despite adverse global market conditions.’

Maersk Training centres in Dubai and Houston, mirror the MOSAIC complex first established in the ‘home’ port of Svendborg. MOSAIC, Maersk Offshore Simulation and Innovation Centre, brought a holistic view to training by enabling entire crews to combine in and review a single focused scenario in a controlled situation. 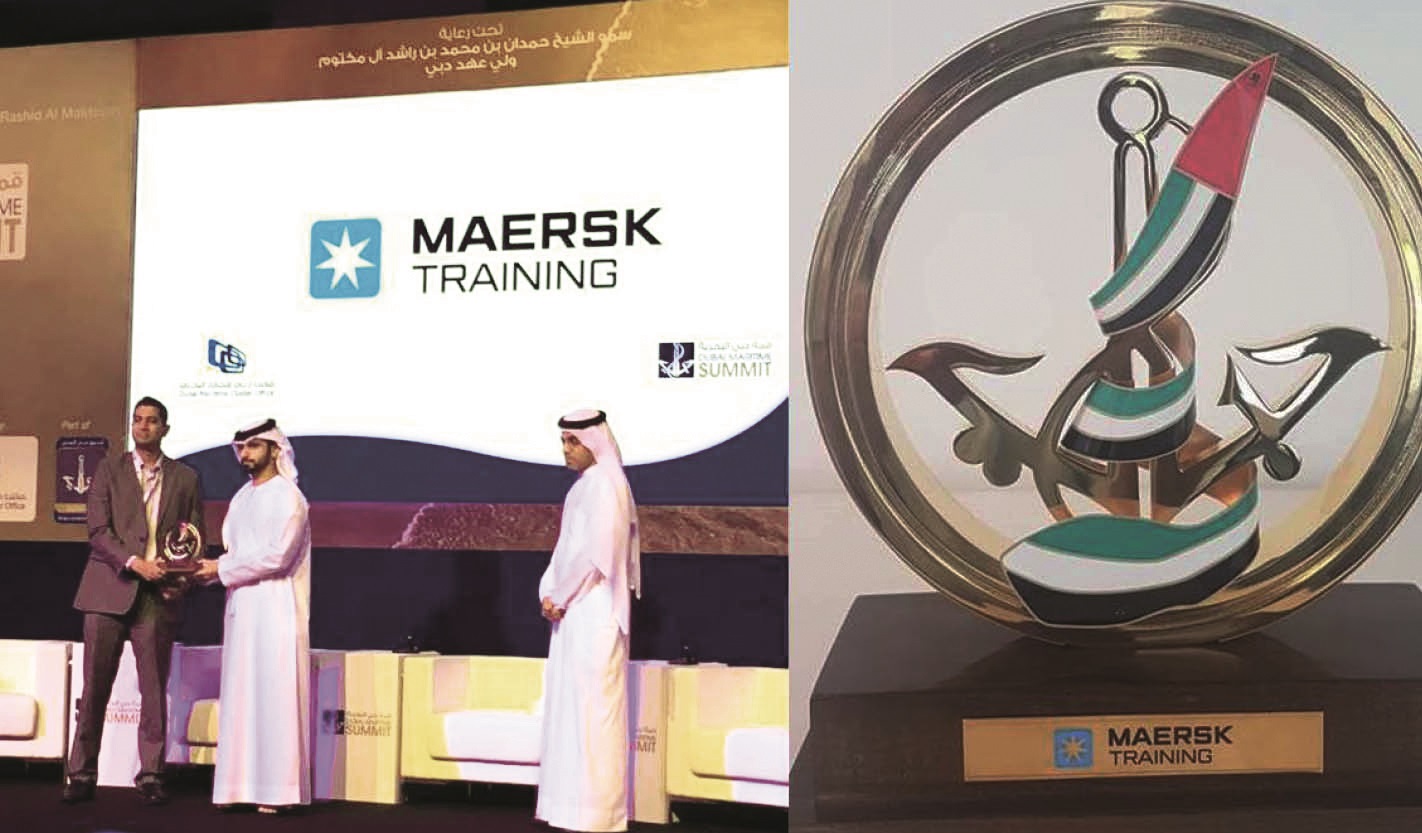