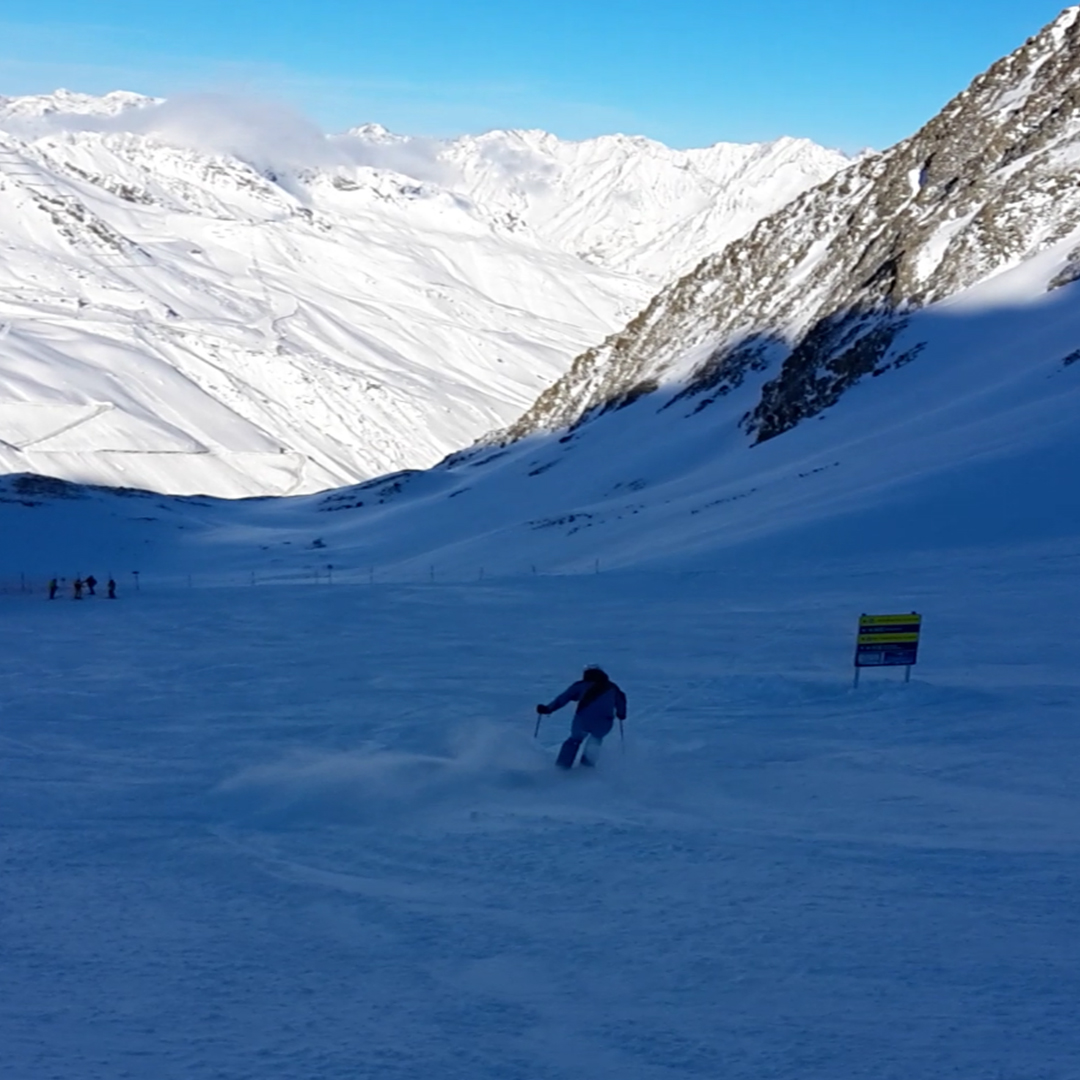 Morten Kaiser had been struggling with evaluating his role. Was his message getting though? There was no real way of telling. As a human factors specialist, developing leaders, he was never sure if the message was getting through. At the end of each course, or one-to-one session, the managers, executives and oil workers and seafarers would leave, saying that they had developed. But Morten wondered, exactly how much of that advancement had stuck. Two years down the line where the lessons learnt through Maersk Training’s People Skills department still giving added value?

It was a conundrum that was causing him to think about and question the value his own career – when he came home from the skiing holiday, he would make a decision. But unknowingly fate was making that decision for him. As he stopped to take action skiing photographs of his partner Stine, he didn’t know that further down the slope, near the ski lift, a German in his fifties was suffering a heart attack.  Moments later, lying in the snow, effectively dead to the world, Georg and Morten would come together, and a training programme that had lain in the back of Morten’s mind would trigger actions that ensured the German’s life. A twist of fate, if he hadn’t paused for the photos they would have passed Georg whilst he was still upright on his skis, looking forward on the first day of his holiday, not knowing it was possibly the last day of his life.

Morten and Stine had just come down one of the two glaziers at Sölden in the Austrian Tyrol, intending to end their vacation with one last ski down the second one. But they came upon Georg laying in the ‘nato’ position, that is on his side with knees up towards his chest. There was no pulse, no life and Morten persuaded the stricken man’s shocked friend that other action had to be taken.

His mind automatically went into the lessons learnt as a solider in training before tours of Kosovo and Afghanistan. Morten with two other skiers took it in turn to apply pressure to his chest and get oxygen into him via an hand pump. A para-medical team arrived and applied the AED device, but the defibrillator showed there was no sign of life. For half an hour the original trio continued the process, the doctor and medical team applying a drip and assessing the situation before the young doctor said ‘two more minutes and we stop.’

Morten protested saying that the man couldn’t have been more than a couple of minutes without the massage and oxygen. The doctor, fearing the damage was too great for recovery, still believed it was the end and that the helicopter that had landed was there for a body, not a patient.

Then it happened, a bump of life emerged from Georg and amid screams of excitement the process moved into positive gear. Within minutes, stabilized, Georg was in the helicopter, destination Innsbruck. The road journey from Sölden would have probably have been too much for Georg.

And so it was. Exhausted, yet elated, Morten drove home to Denmark, doing most of the time behind the wheel because he buzzing. Then there were weeks of  speculation that mirrored the career thoughts he’d held earlier. Was Georg alive, was everything ok or was the whole one-hour incident a gallant, but failed, exercise? Without feedback in career or life, was there a point to training? The only connection between Morten and Georg was the piece of paper Morten had scribbled his name and number on and given to his anonymous friend. A bit of detective work tracked down the hospital in Innsbruck and as far as personal security would allow, he was told that an unnamed patient had been airlifted to the hospital that day and after six weeks was returned to his home in Germany, in an induced coma.

Then some months later his mobile rang. It turned out to be Alexander, Georg’s until then anonymous friend, and he reported that things were well on the road to a complete recovery.

‘Knowing makes a big personal difference to me. It inspires me to continue to train and mentor people because it seems to matter to train and prepare for worst-case situations, even if most of us never get to put it into practice and test our ability to act and apply what we practice. I remember from my army days, each drop of sweat spilled during training save a drop of blood during combat.’

‘Today in Maersk Training it’s not too different, we strive to live by the motto “training to be prepared”. Ironically meeting the two German skiers and helping them gave me new energy and a renewed sense of making a difference. I hope that the three of us can one day share a beer and discuss, then even maybe take a few turns together in Sölden,’ Morten reflected.

Are you ready to save a life using a heart starter?

Pia Brunn Frandsen will show us how to use it on this video. Click on the link below and check it out.