It’s All In The Bag

What happens if you are 60 metres up in an isolated offshore wind turbine and you have an accident or take ill?

It’s something the offshore technicians are expected to take with them into the turbines, but something they hope they will never need. 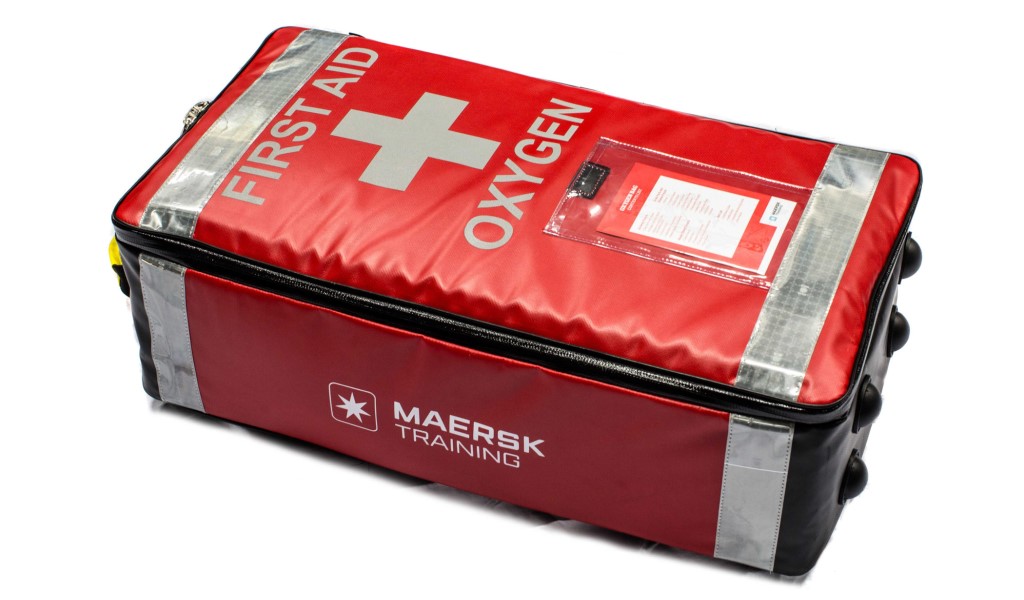 It weighs about 15 kgs and looks like a squared-up hiking backpack, but for someone working in the remoteness of an offshore wind turbine, it could mean the difference between life and death – but only if your work buddy knows what is inside and how to use it.

The packs are the idea of Maersk Training in Newcastle and in the bespoke bags technicians will find an advanced First Aid kit which includes an AED heart-starter, splints, collar supports and gases like oxygen and nitrous oxide, most commonly known as ‘laughing gas.’

Maersk Training’s Sales Manager in Newcastle, Paul Parry explained that the nitrous oxide was a major difference between the pack they had created than the few already on the market. The inclusion of something to take the pain away is not universal, largely because of fears of something like morphine being open to mis-use.
‘I hope they are never used’

The packs were designed exclusively for MHI Vestas and in January instructors began conducting three-day courses in Belgium, Holland and the UK, introducing technicians to what’s in the bag and how to use them. The instruction is carried out at onshore locations close to the wind farms and will continue until all technicians know how to use what is inside. 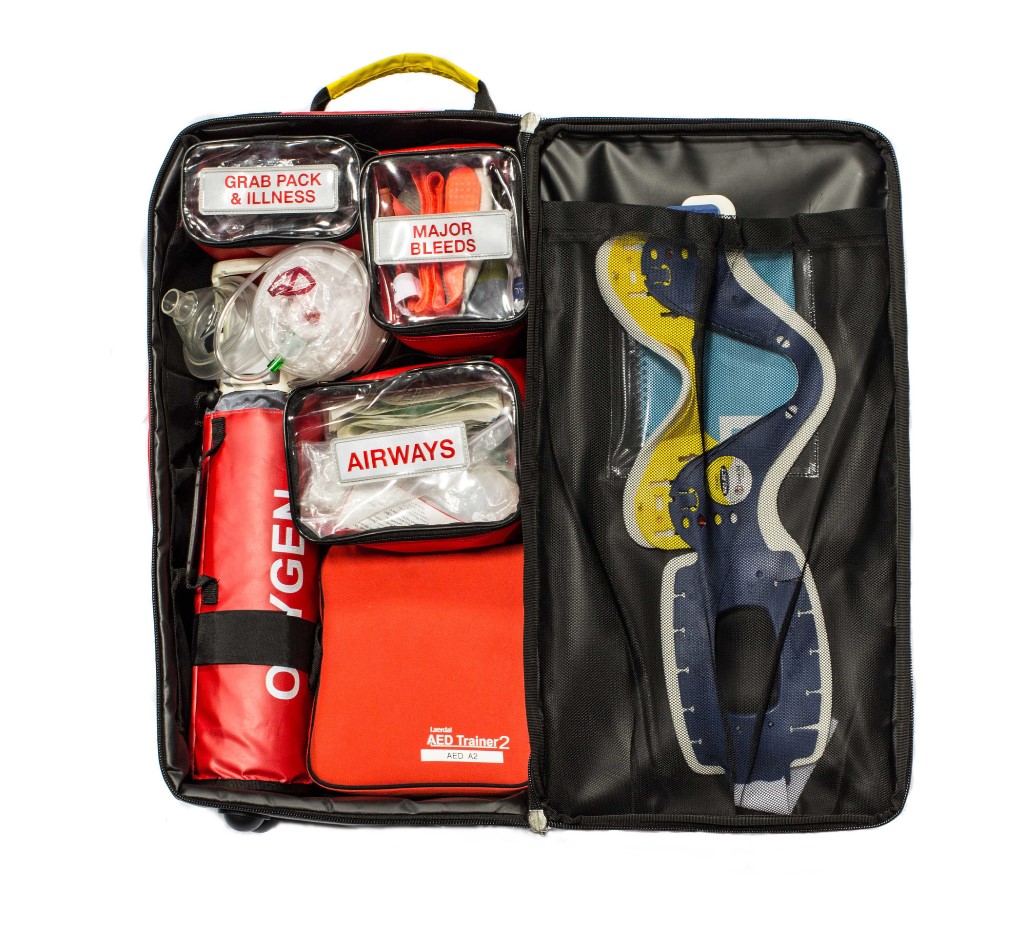 ‘It’s funny to say this but I hope these packs are never used, butif they are and they save even one life then it has been worthwhile and we will have made a significant contribution to our industry,’ says Paul.
The inspiration for the bags came from those used in soccer games where the trainer rushes on with everything needed for immediate First Aid. ‘We noticed that they were red and blue and for the sake of uniformity we kept ours the same,’ said Paul.

Colour was an easy decision, but the bags took a while to design, with weight, size and carrying power being factors which had to compete against each other. In the end the bag was tested by two technicians, one much bigger than the other.

The bags are now part of the essential kit the teams carry on each job, winching them up and down to their workplace.