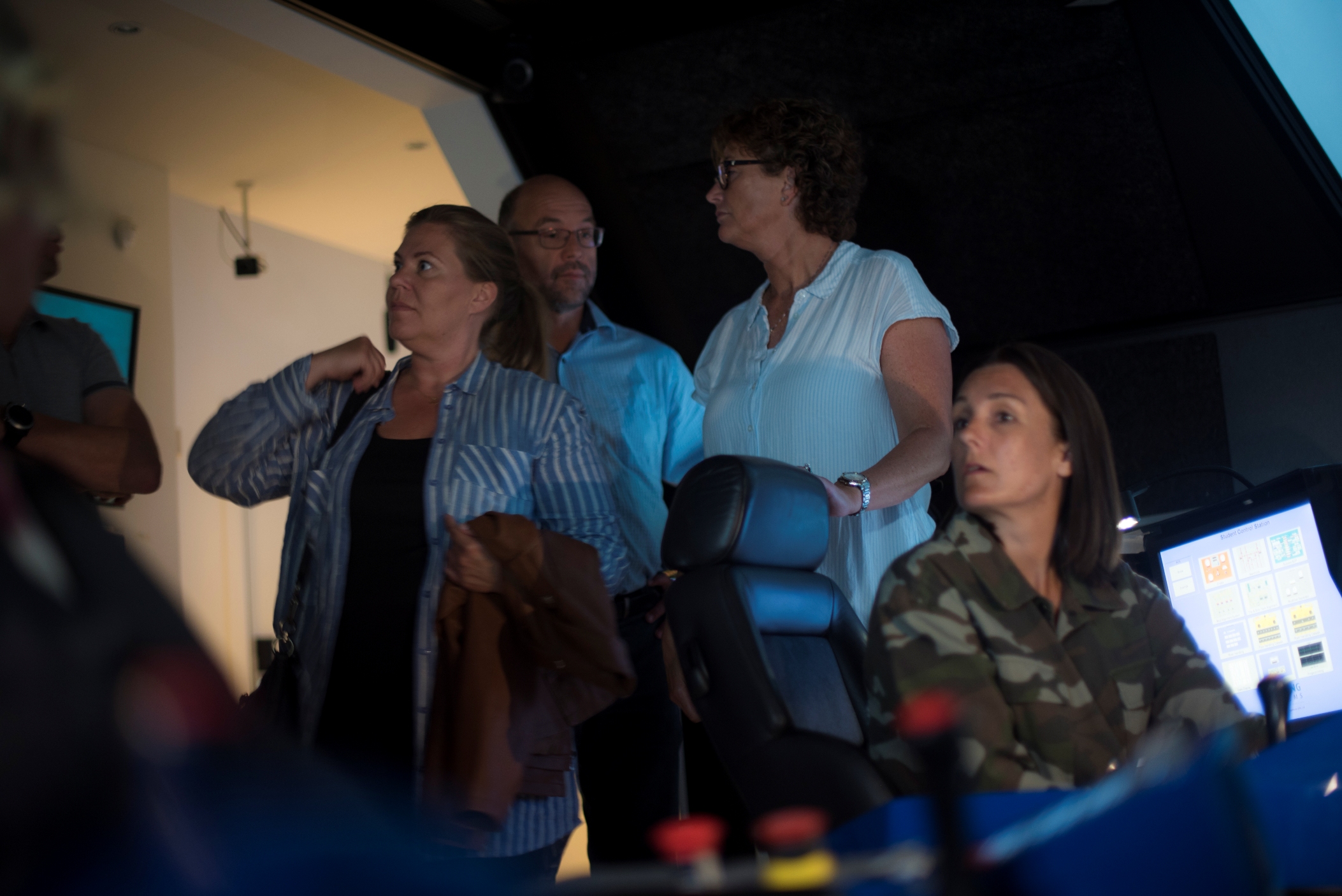 In the Dog House, where the driller’s operate from

They use them in Formula 1, in the military, with civil aviation, space exploration and creating a learning environment on par with reality in the maritime and offshore worlds. But how do you use simulation to best advantage in training doctors and nurses? For the medics, dummies are simulators, but the simulators are not dummies – they are a very refined and responsive bits of technology.

They have to be, because as humans were are a mixture of the common and the complex – we can share an illness, but show and describe differing symptoms. For a medic to get to the bottom of a problem there are numerous starting points, and like a detective the line of most effective enquiry is linier. With training for the oil and gas industries or maneuvering a vessel, the required actions are usually governed by circumstance, multiple circumstances that expand the options in order to find the right action. It can all be mimicked by computers, but in many ways the simulation is not similar.

However where all the different worlds of simulation find common ground is in putting people into the zone. It’s that magical point where the course participant leaves the state of being trained behind and enters into an artificial world where the experience is totally real, the zone. Being able to mentally transport a doctor or a driller into a for-real situation is priceless. Whether dealing with people in a car crash or the volatile pressures of gas, the ability to have a dry-run without physical consequences is where the investment in simulation training really pays off. 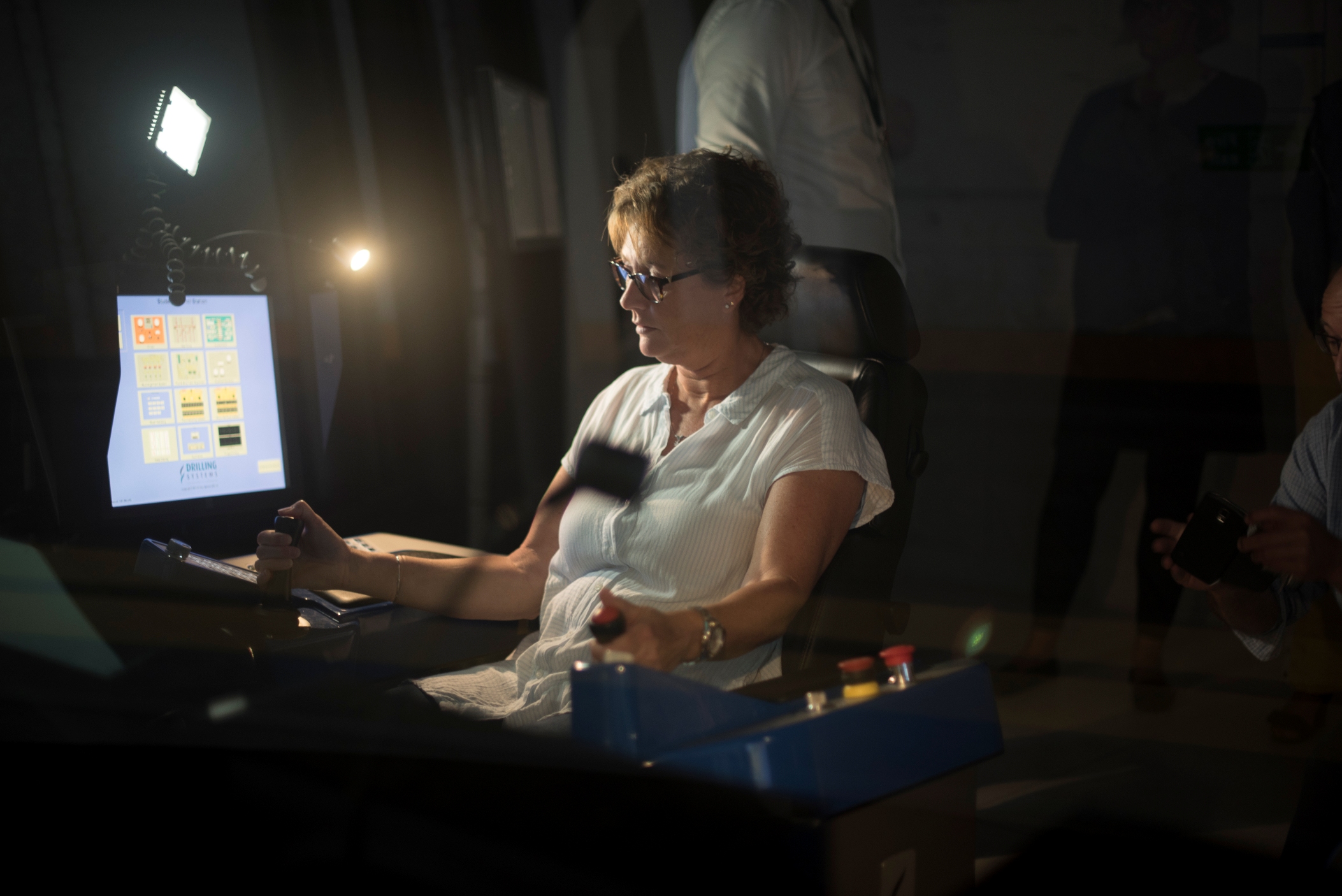 NordSim manager Trine Christensen on the driller’s chair, ‘now what does this button do?’. 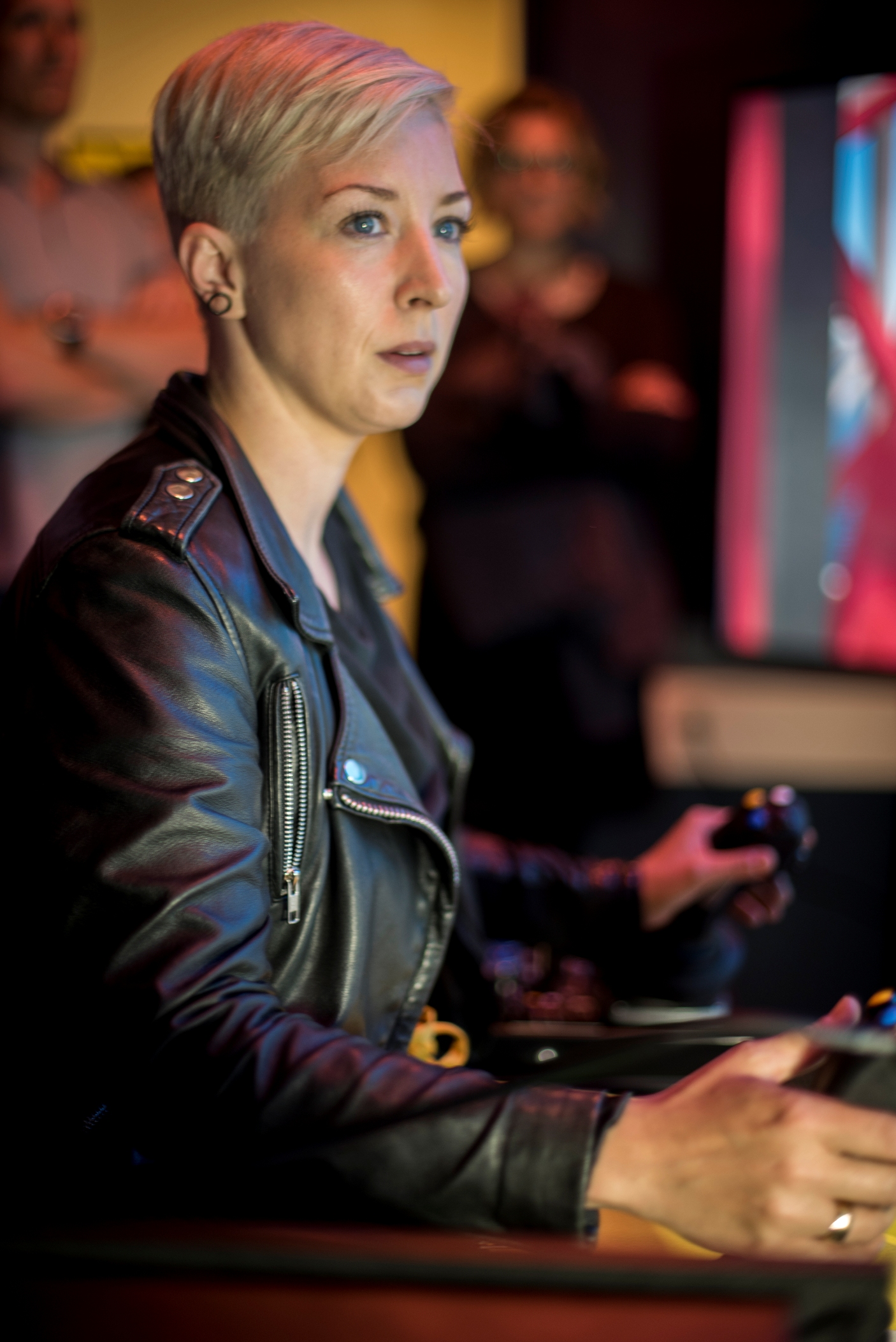 Seeing how the other half lives is also a positive return on the time spent doing it. The medical teams at Aalborg and Odense University Hospitals did just that recently. They visited the Maersk Offshore Simulation and Innovation Centre in Svendborg and could see parallels despite the approach being from a very different angle. MOSAIC is a custom built complex, in the hospitals they have simulation equipment, but it must be utilized differently.

‘We have to use areas to train in that we use for other primary purposes, like surgery or admissions,’ says Dr Mikkel Friis, the Director of NordSim, the department that trains both simple and complex skills for the benefit of patient safety. There are pluses and minuses to being forced to use actual hospital areas. On the positive side it eases the transition from simulation to reality, but using active resources makes every lecture vulnerable to cancellation when there’s a true medical case to be dealt with.

‘It is very important to make a safe environment for the student, for the participants, because then they open up and they are more open for failures and it is alright to talk about the failures afterwards. Safe environment first and then try to put on pressure,’ Christina Petersen, training manager at Odense University Hospital points out.

The view ahead – up on the bridge any action takes its time before it reveals the consequences.

Off Denmark’s western coastline, on the island of Fanø, they have a cross-over situation. A specialist area for medical simulation. Dummies being used to train seafarers to deal with crisis situations. It is perhaps at the Centre for Maritime Health Service that the needs of the various industries using simulation come together. As Dr Friis noted during his visit to Maersk, communication is at the core of all exercises. No matter how good the electronic wizardry is, it is all down to working as a team to achieve a predefined goal. It is the same for paramedics arriving at a crash scene and for a driller’s cabin about to experience a kick from the well-head. On Fanø, a seafarer who might not have put a bandage on a finger before, has to handle an emergency situation where a sailor has lost an arm. The simulator actually drips blood onto the floor and the trainee paramedic is in radio contact with a real doctor. It requires communication in a most clarified way.